Read about our member of the month for December, Kevin Lawley
By
Annie Brunner 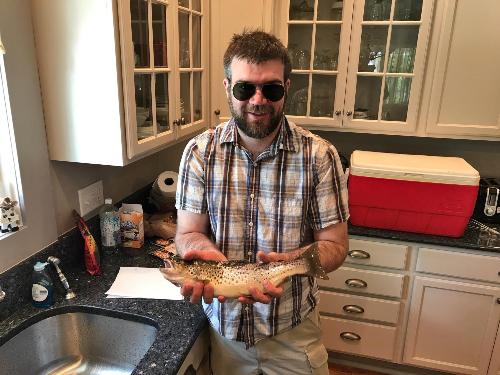 Q: HOW LONG HAVE YOU BEEN DOING CROSSFIT? WHO OR WHAT GOT YOU STARTED?

A: I've been going regularly for about 1 year and 3 months

Q: TELL US A LITTLE BIT ABOUT YOURSELF: (FAMILY, CAREER, HOBBIES, INTERESTS)

A: I am a Colorado native. I grew up in Kersey, CO. I've been in Arvada for about 5 years now. My wife Colleen and I were married October 17th this year. We have two dogs, an Irish Setter named Scarlett and a German Shepherd, Healer mix named Koopa. I am a manager at CSL Plasma in Aurora. I also film live streams for concerts as well as internet marketing sales events. I like cooking, playing poker, collecting and selling comics, and snowboarding for fun.

Q: WHAT IS YOUR FAVORITE MEMORY AT ALPINE CROSSFIT?

A: Wu-Tang and weightlifting on Saturday mornings. Also, anytime Ian comes out from the back after a workout and starts asking everyone how they feel, feeding off our pain like some sort of fitness vampire.

Q: WHAT WAS YOUR WORKOUT REGIMEN BEFORE JOINING ALPINE?

A: Not a whole lot. Riding my bike around town, doing a couple 5k's in the summer and snowboarding in the winter. The biggest thing I had done was the Lookout Mountain Triathlon in 2016. I had surgery right after the triathlon and didn't do much afterwards until joining Alpine.

Q: HOW HAS CROSSFIT AFFECTED YOUR LIFE OUTSIDE OF THE GYM?

A: I feel better overall. I'm sore a lot but I have more energy and I'm less stressed.

Q: IF YOU COULD WRITE A BOOK, WHAT WOULD IT BE ABOUT?

A: A book about hot peppers around the world and their flavor profiles/uses would be interesting to me. If it was fiction something in the Sci-Fi or Horror genre.

Q: WHAT CATEGORY WOULD YOU BE LEAST EXCITED/MOST EXCITED TO SEE ON JEOPARDY?

Q: WHAT WAS YOUR FIRST WORKOUT, AND WHAT DID YOU THINK AFTER DOING IT?

Q: WHAT IS YOUR FAVORITE AND LEAST FAVORITE WOD?

A: Favorites are anything with rowing and speed steps or DU's even though I'm still working on my consistency with DU's. My least favorite would be any sort of gymnastics AMRAP. There have been times where I didn't realize it was an AMRAP until the workout started. Those are rough.

Q: WHAT IS YOUR FAVORITE AND LEAST FAVORITE MOVEMENTS?

A: Favorites are rowing and anything with jump ropes. Least favorites are burpees and toes to bar.

Q: WHAT ADVICE WOULD YOU GIVE A NEWBIE JUST GETTING STARTED AT ALPINE CROSSFIT?

A: Just keep going. It works better than anything I've done before. It's always hard but you get better and it's interesting seeing what things come easier and what things are harder. You'd be surprised what you can do. There are times where I think there's no way I'm going to finish a workout and I end up getting through it.  Having a partner helps too. Some days I won't feel like going and Colleen will convince me to go and other days I'll do the same for her. 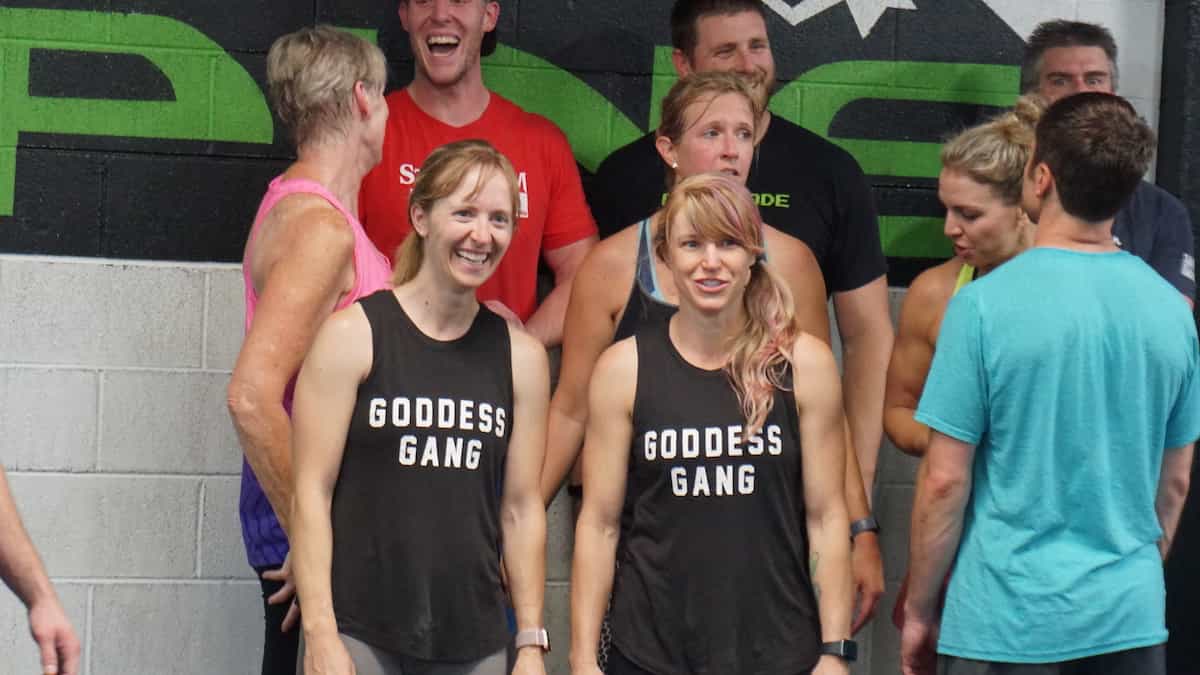 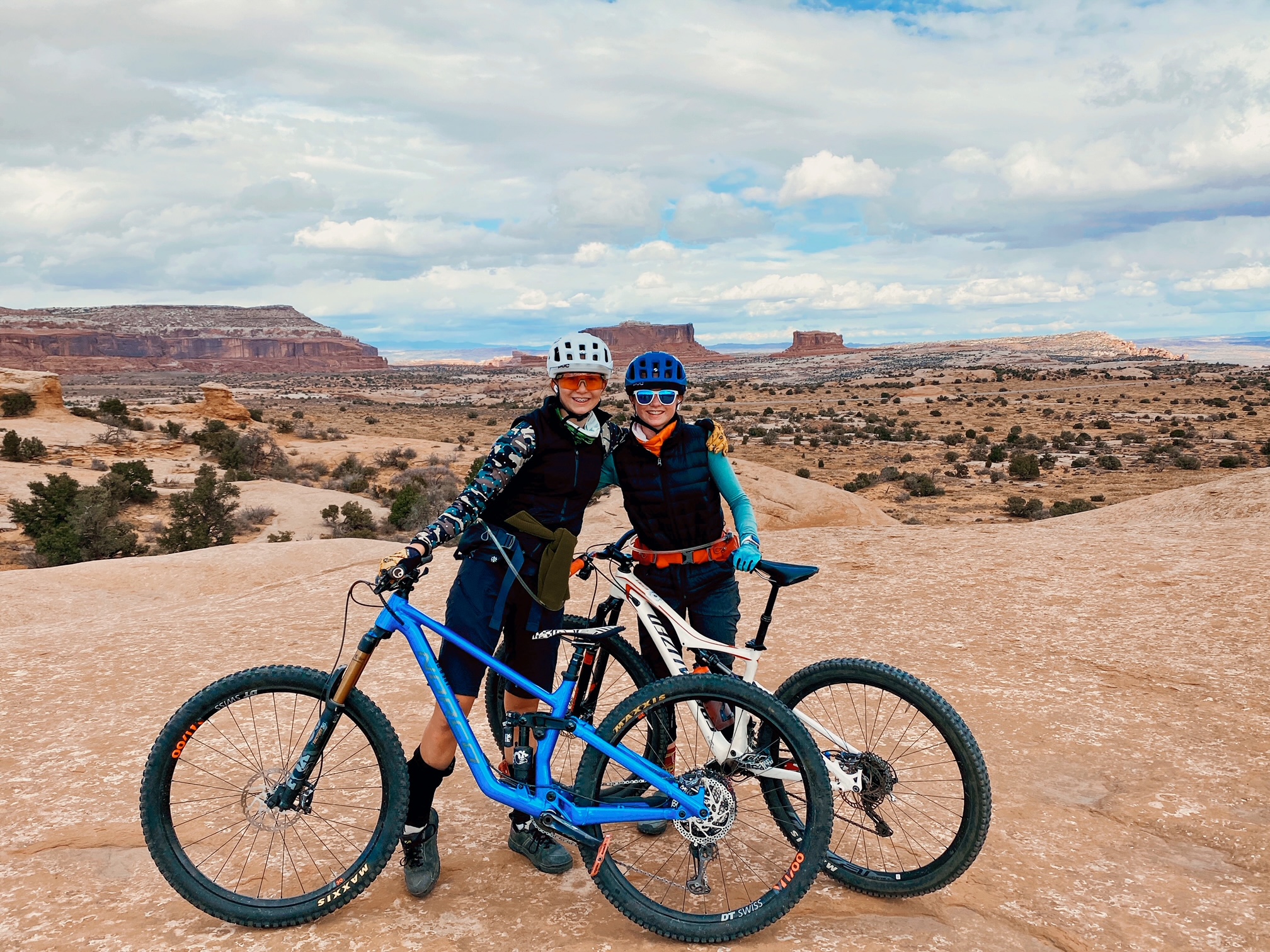